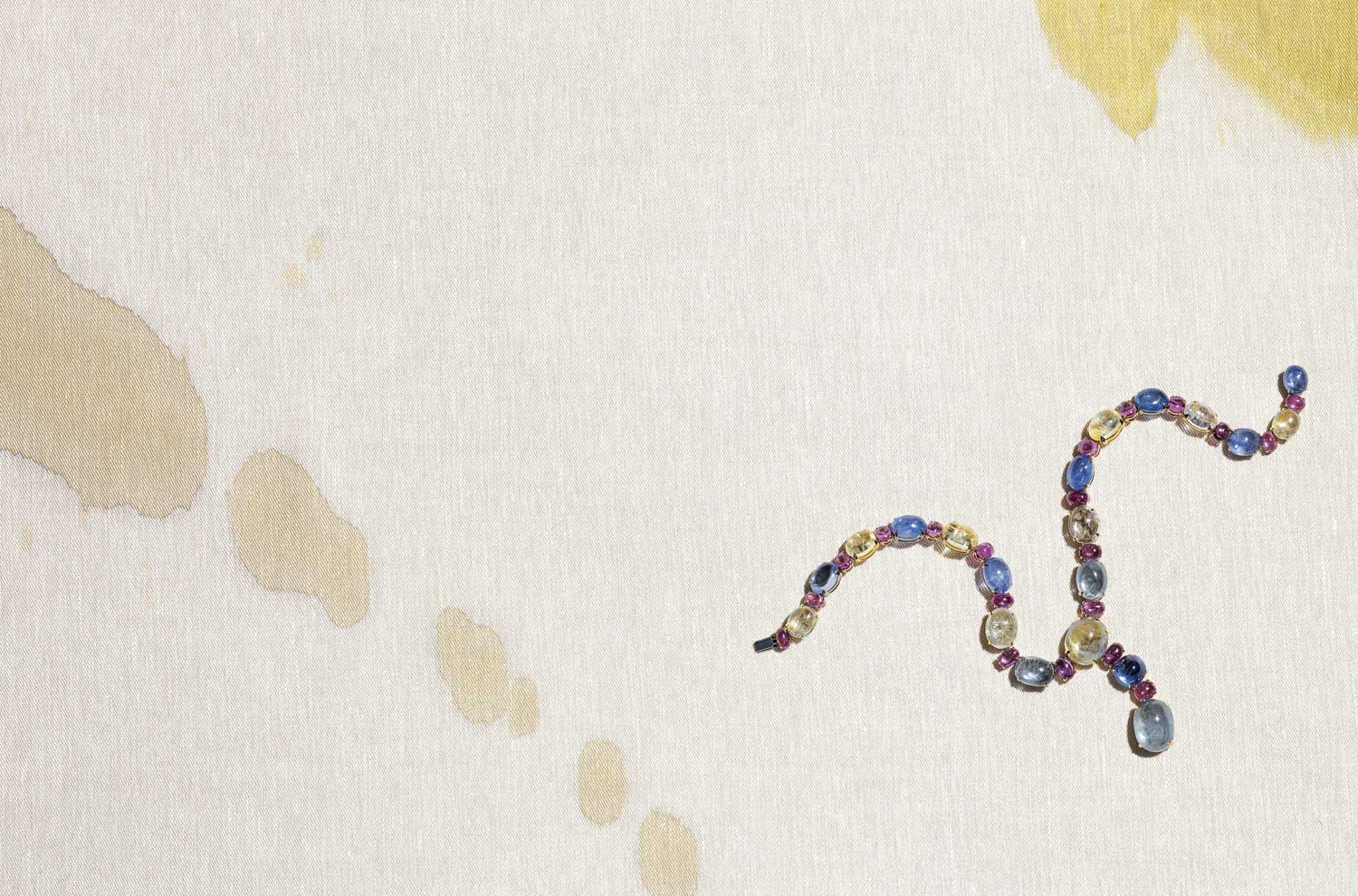 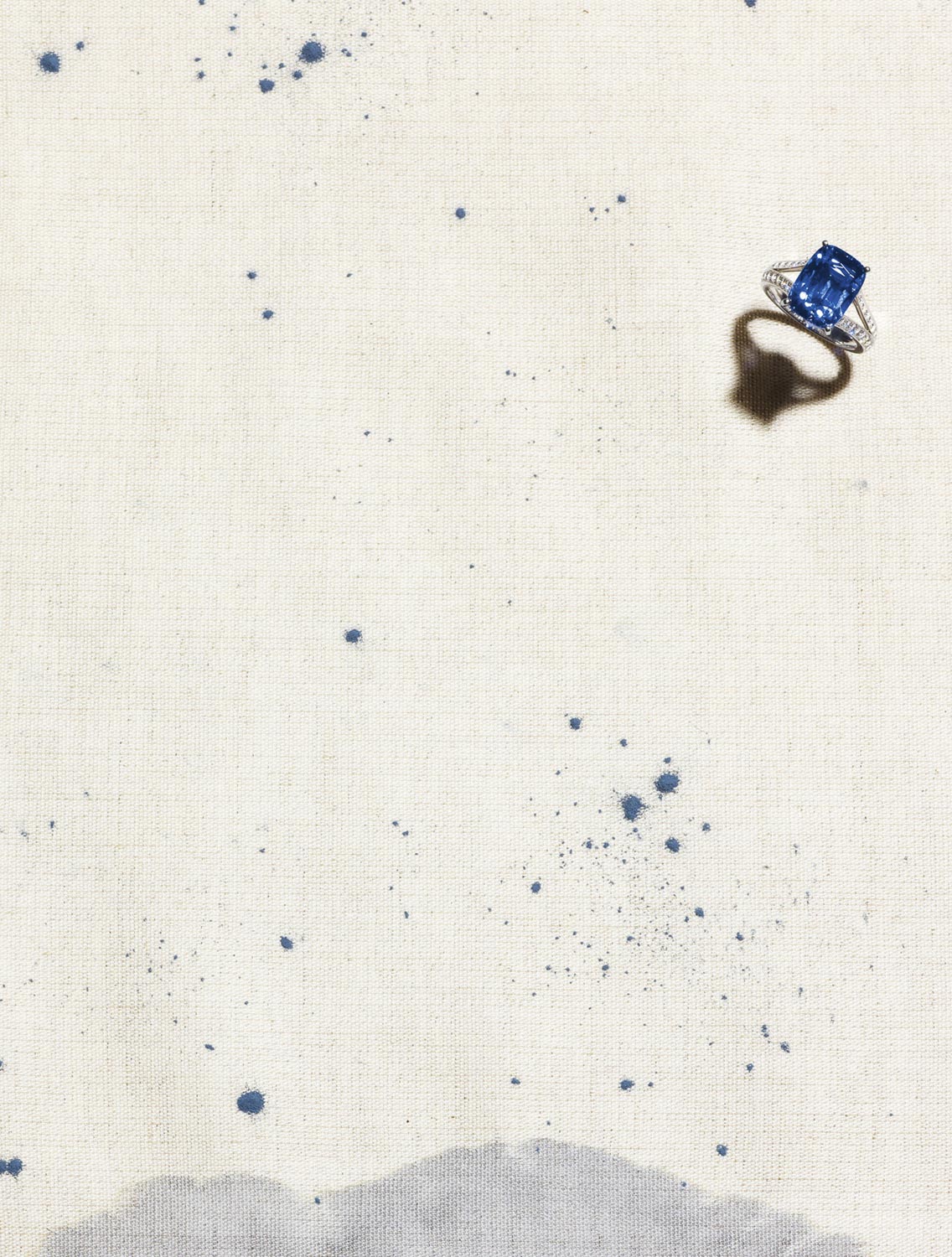 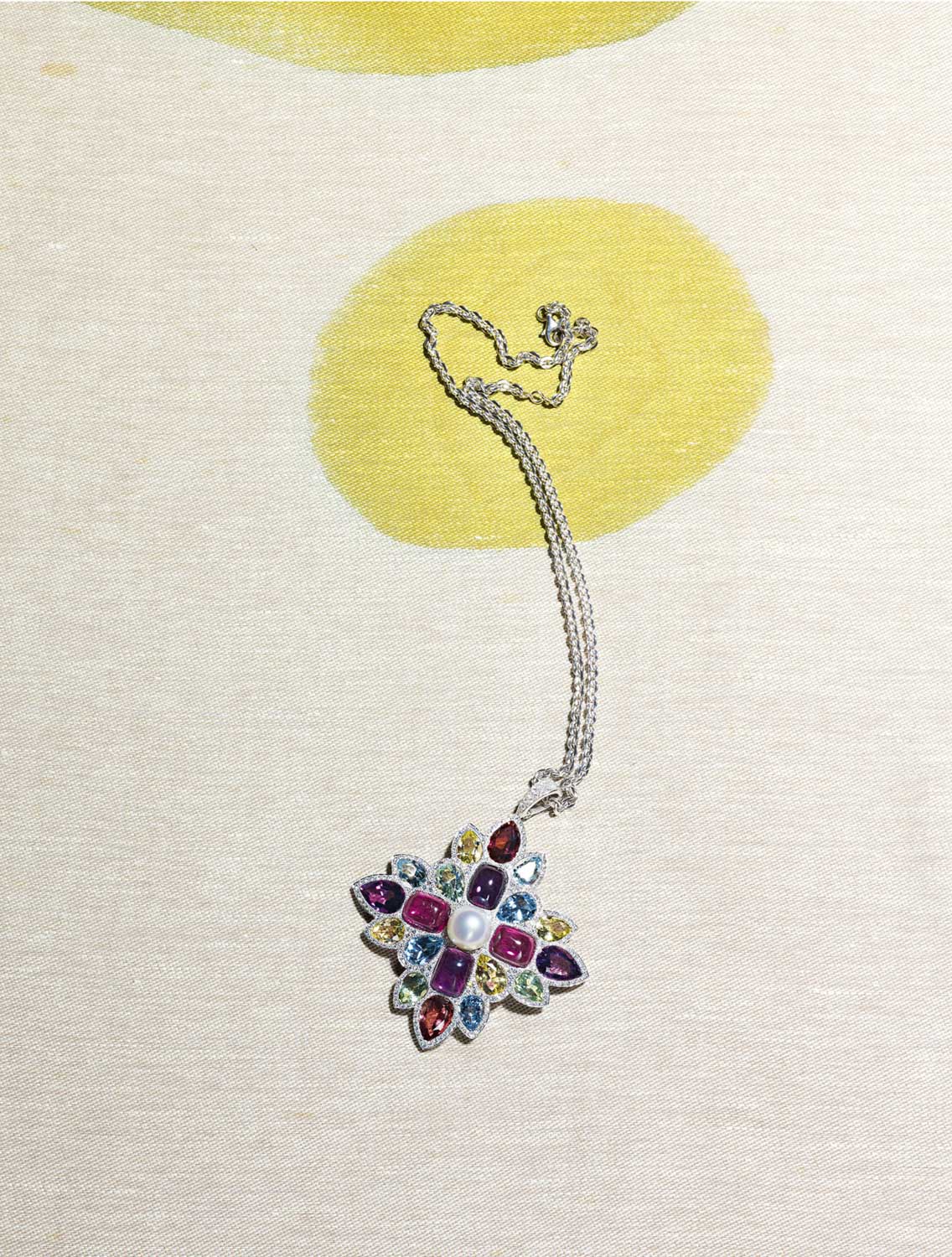 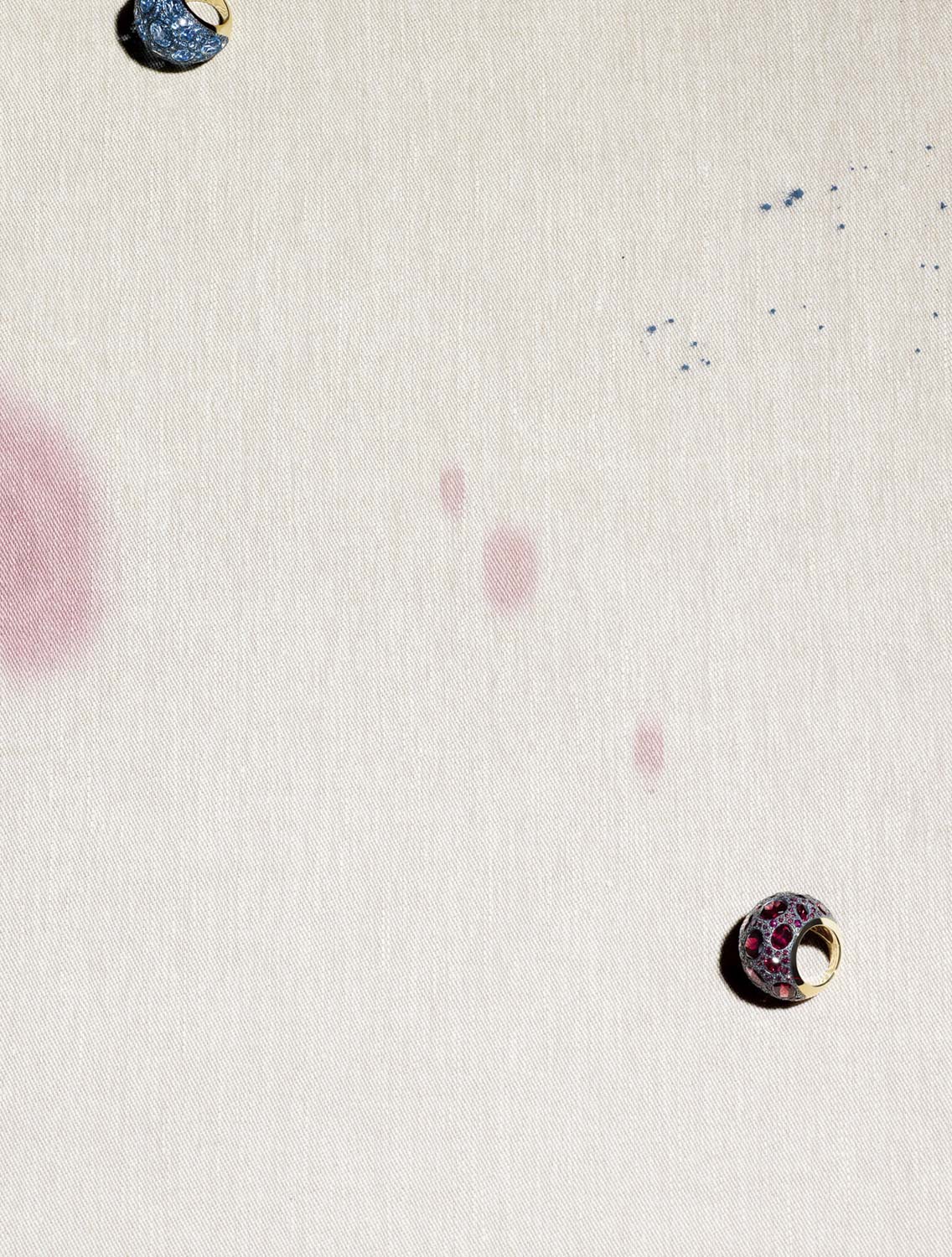 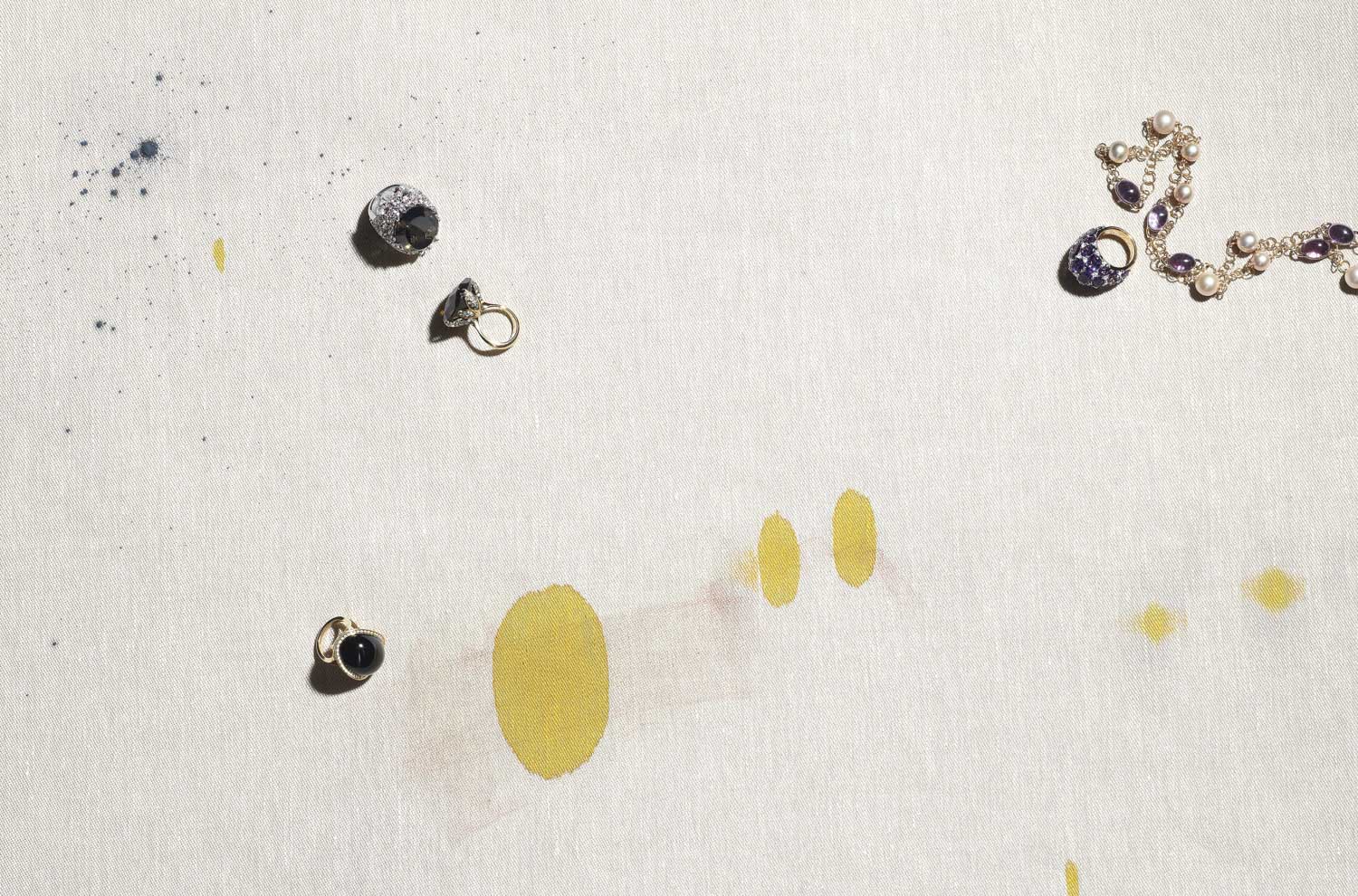 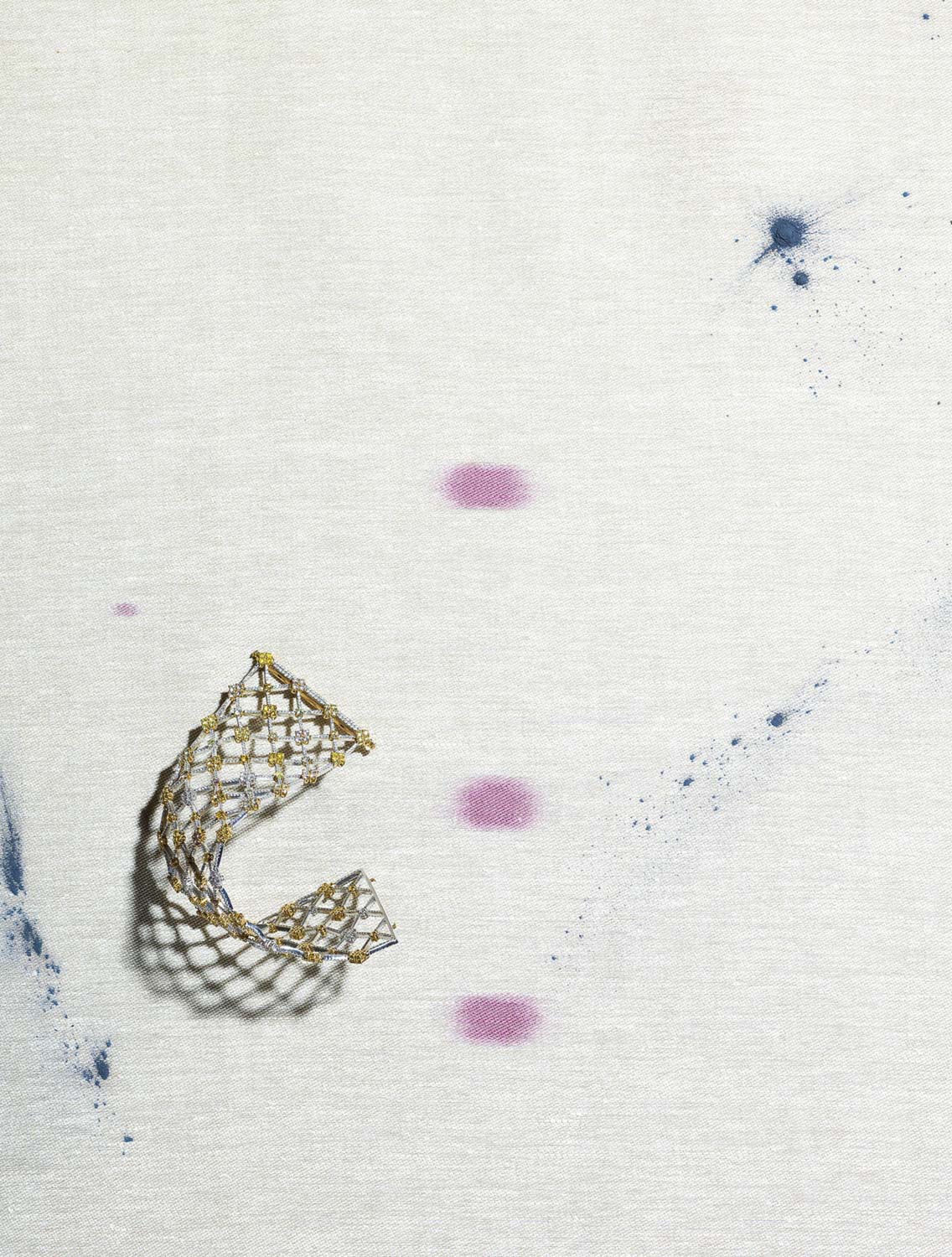 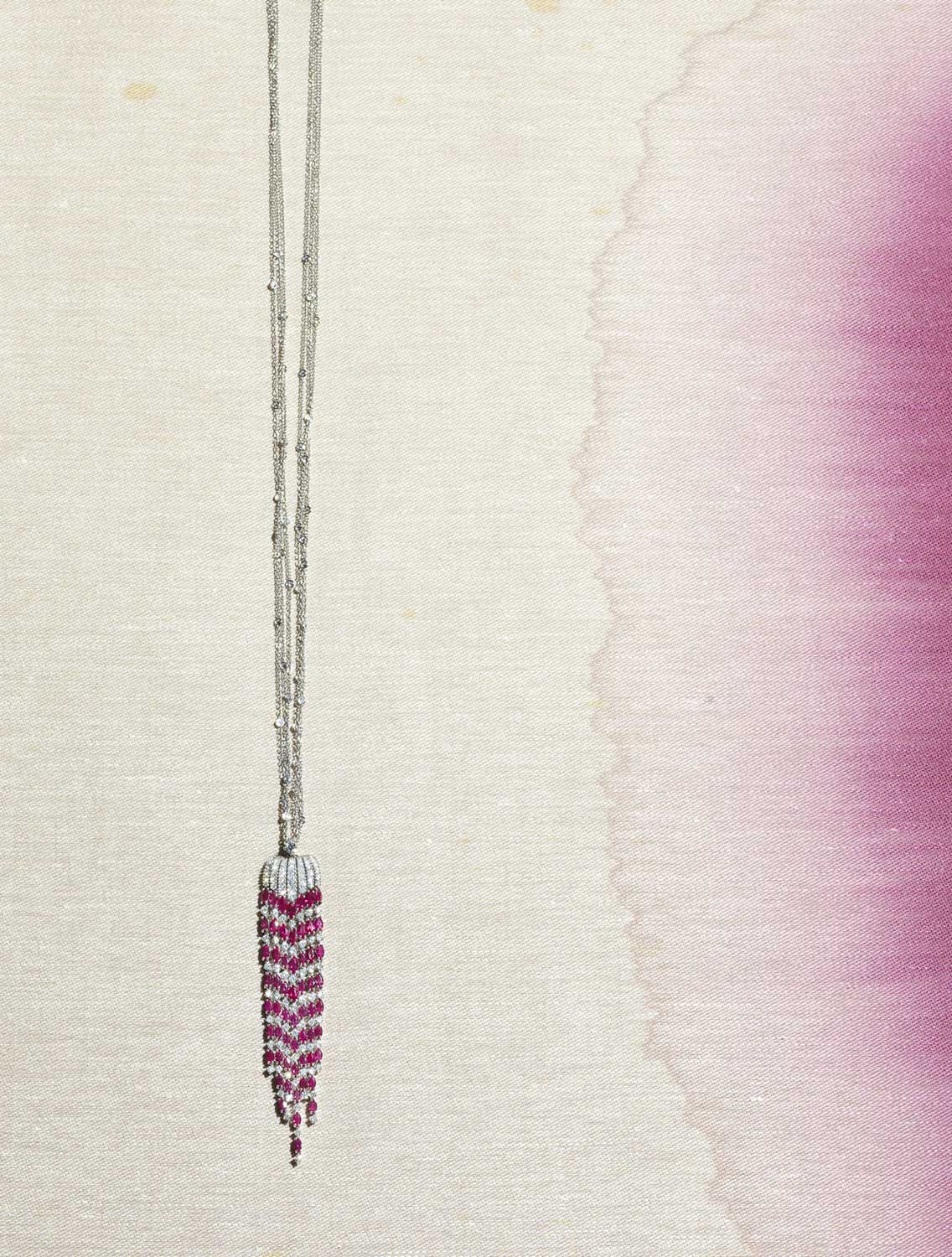 The theme: coloured stones of high quality jewellery set in classic shapes. We identified the topics to be developed in the chroma and in the concept of memory. The inspiration came from the image of a tablecloth the day after a party. This led to the decision to work on the concept of traces, the representation of something that has passed, something that rested and moved on, leaving a mark, which in this case is coloured. The stained cloth is a subversion of codes, a subtle provocation played on the delicacy of the nuances and the multidimensionality of the story, robbing the frame of its function and thereby making it a subject in itself.