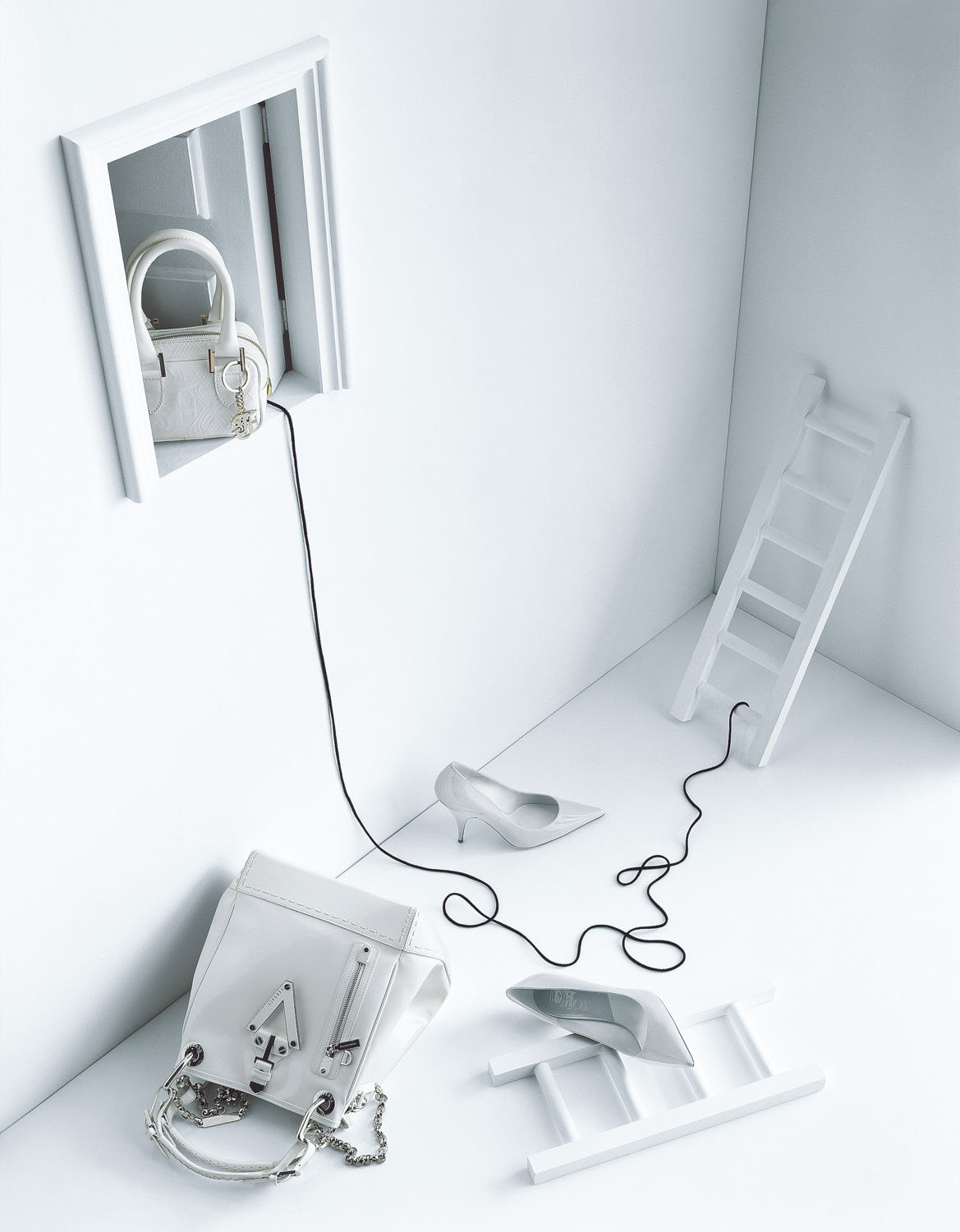 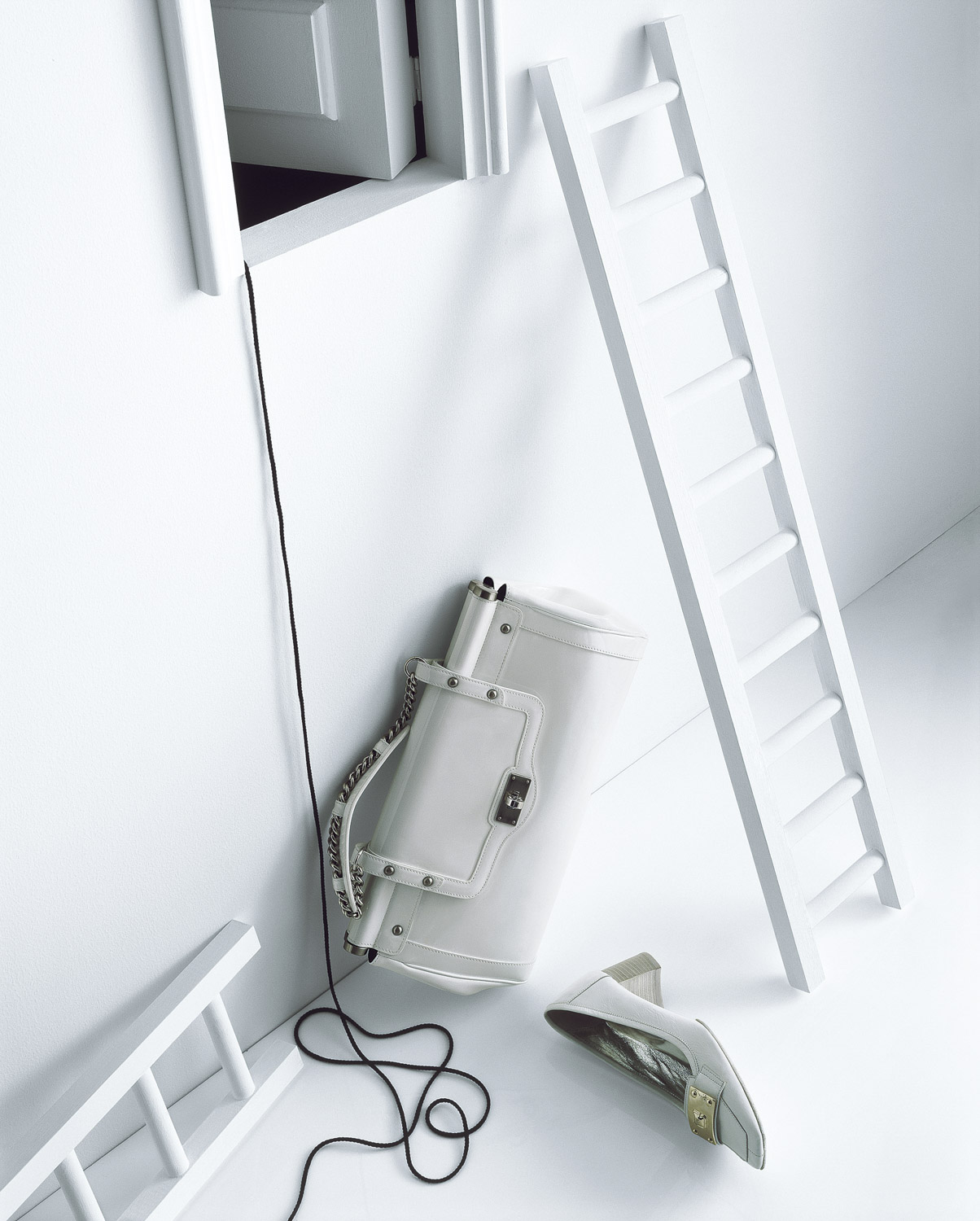 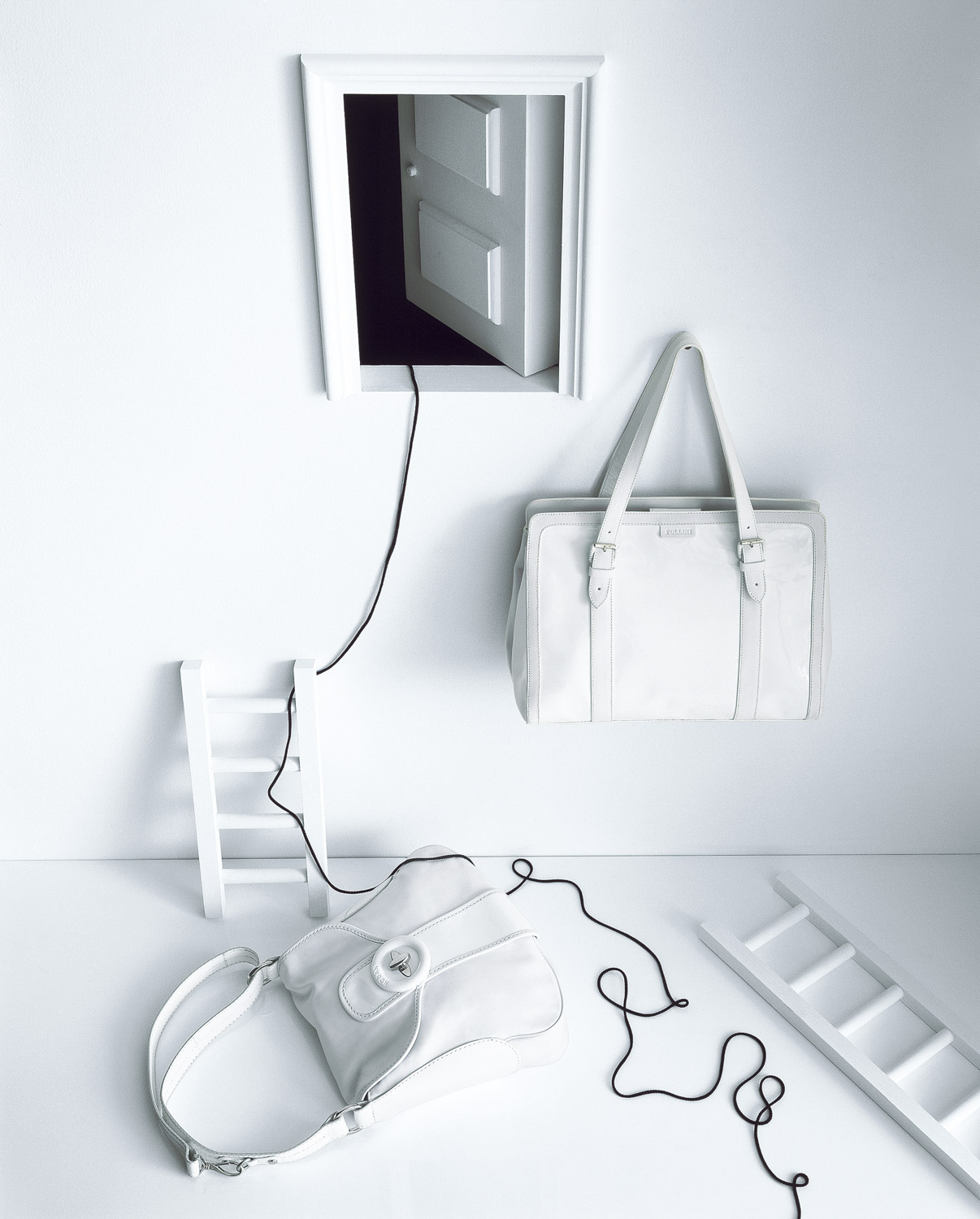 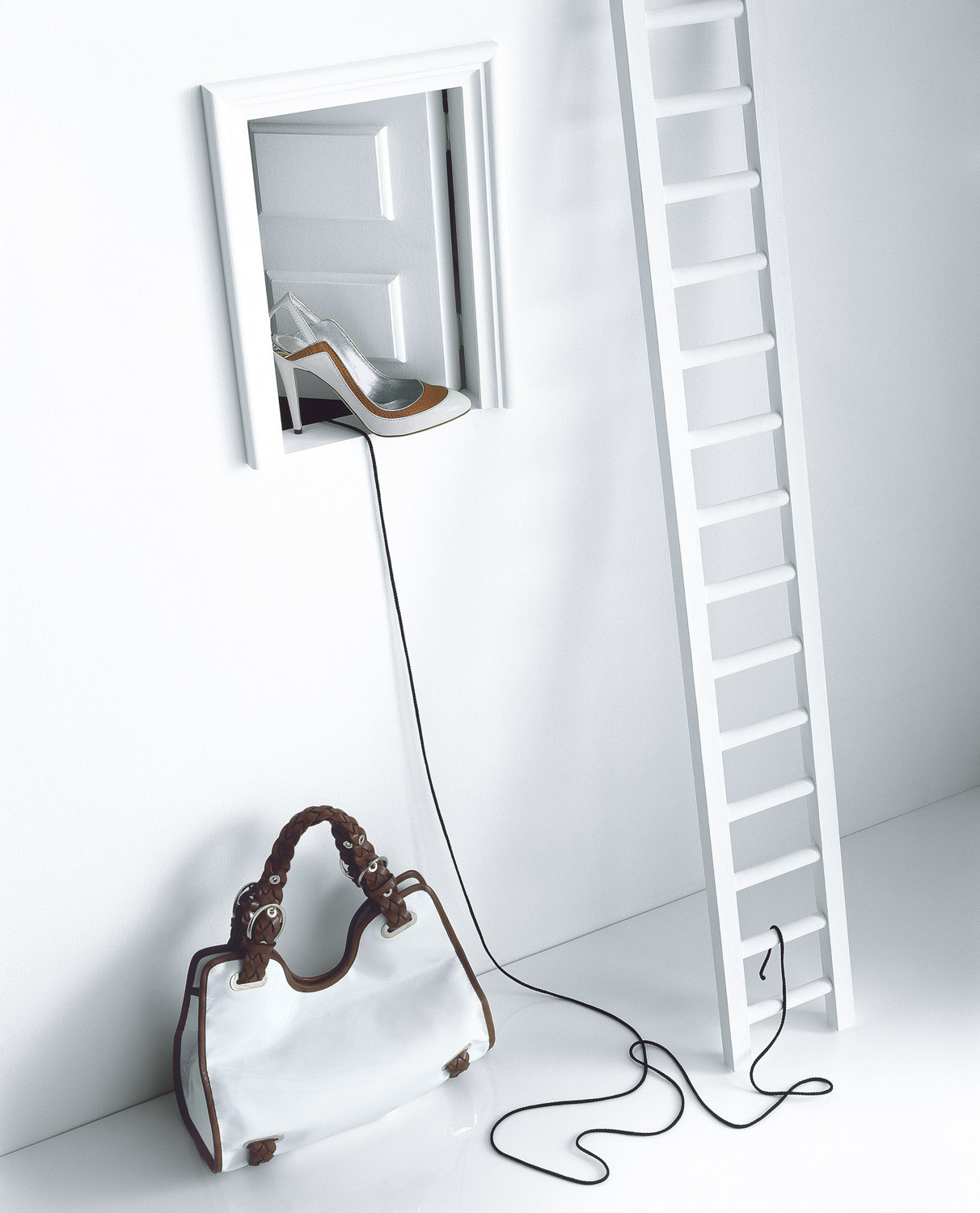 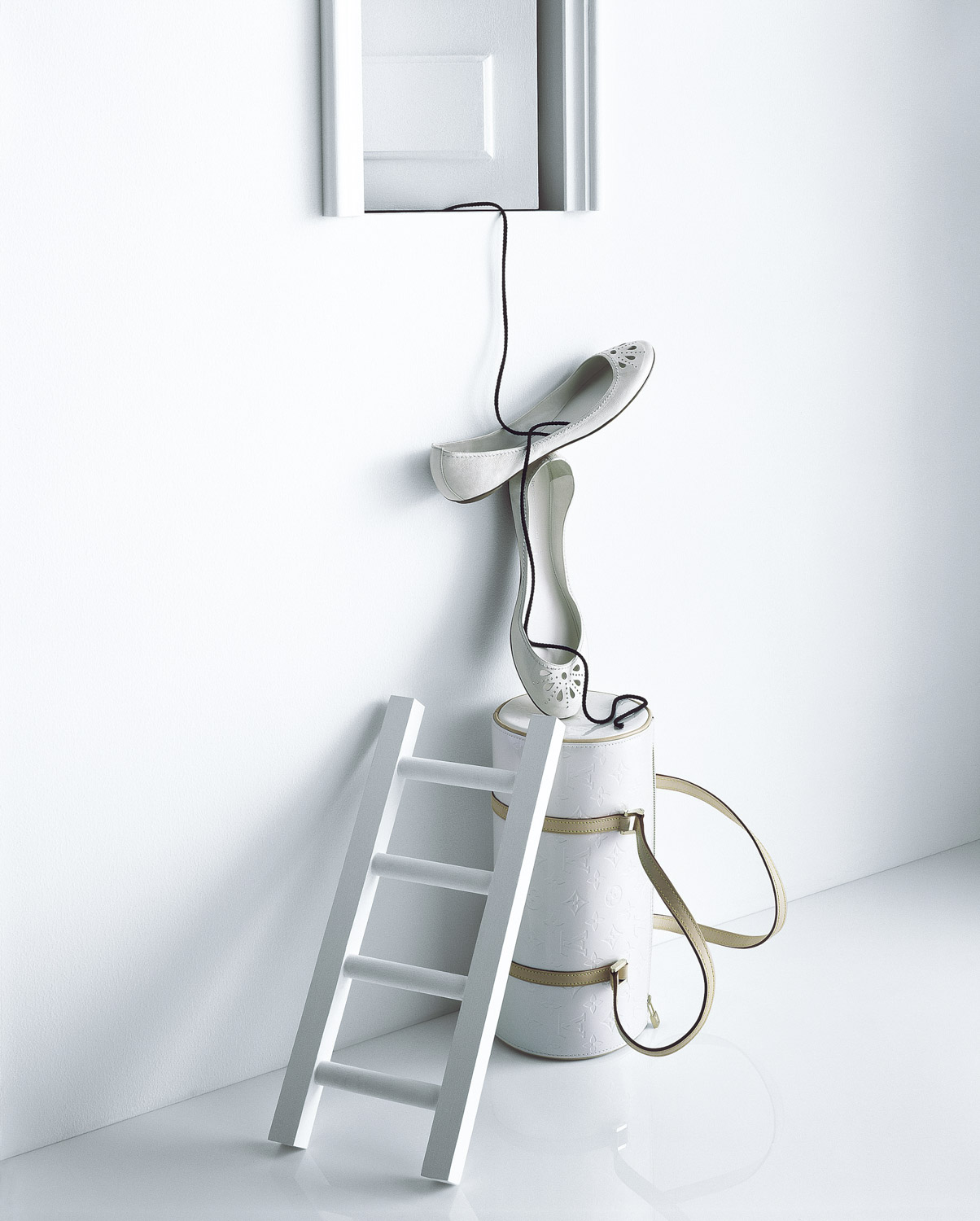 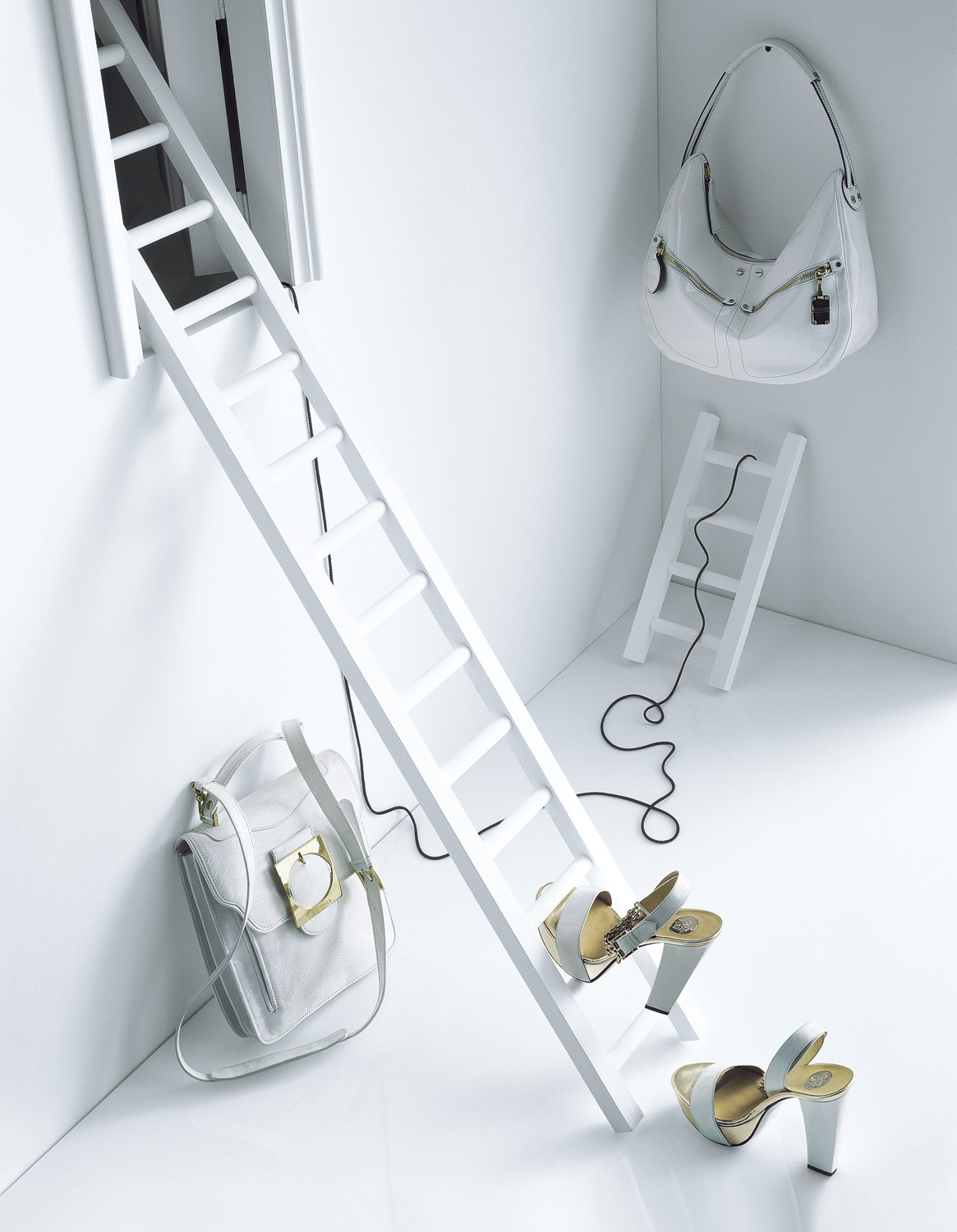 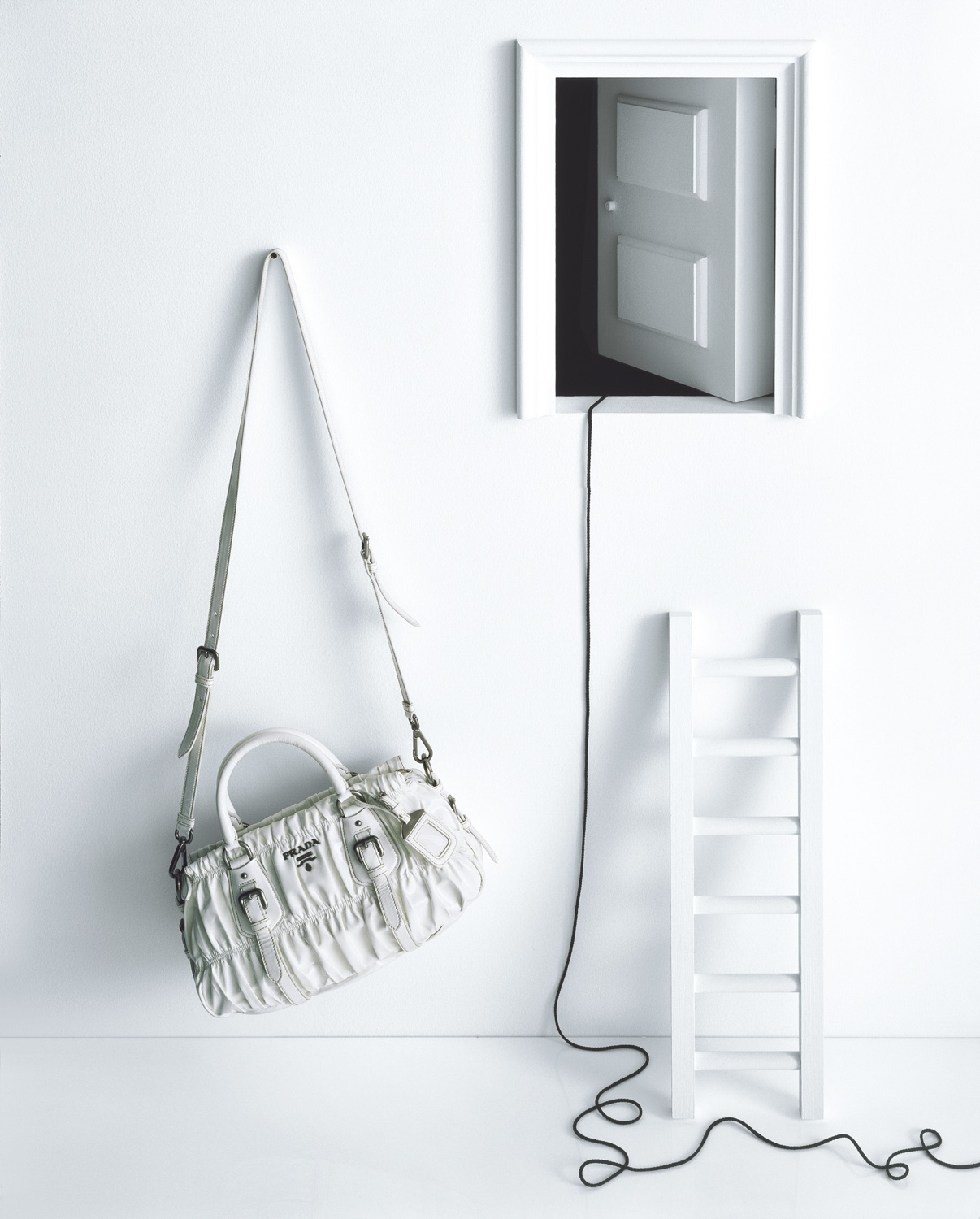 Escher: we observed his work to absorb its capacity to subvert perspective, creating focal points in the composition of the image. We designed a world of passages. The doors, which were reproduced in detail, were resized in relation to their height and in width, but not in relation to their thickness. We distributed them according to a logic that is unnatural for this world, emphasising the unusual dimension by including ladders and ropes. Excluding the idea of a human passage evokes the presence of other universes inhabited by cartoon-like animals or Lilliputian beings. At this point, the fashion subjects lead us back to the real scale, acquiring a new dimension, however.